EVOSS implements a model-based approach to support the upgrade of FOSS systems. The approach promotes the simulation of upgrades to predict failures before affecting the real system. Both fine-grained static aspects (e.g. configuration incoher- ences) and dynamic aspects (e.g. the execution of configuration scripts) are taken into account, improving over the state of the art of package managers. 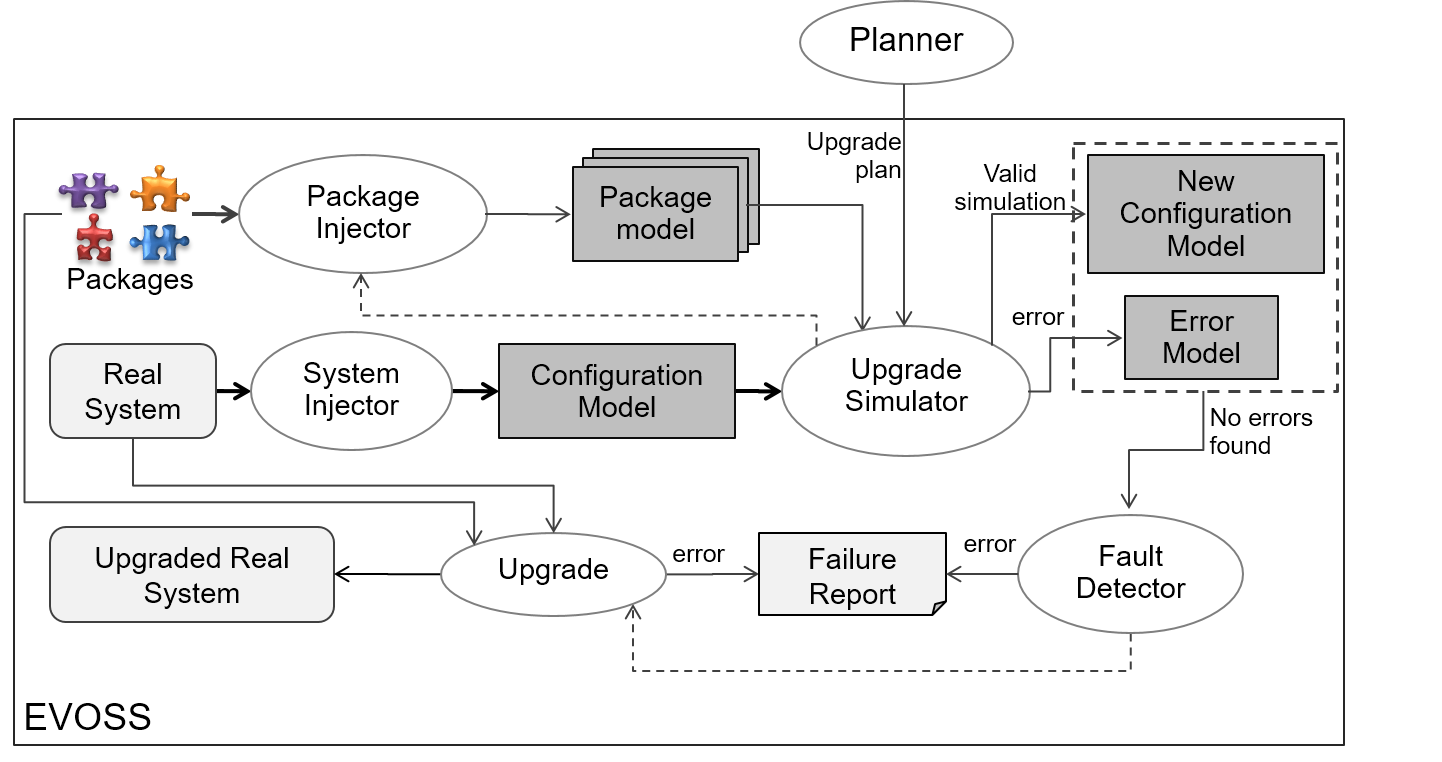 An overview of the EVOSS approach is sketched in the figure. The simulation of a system upgrade is performed by the Upgrade Simulator which takes a set of models as input produced by the Injector: a System Configuration Model and Package Models corresponding to the packages which have to be installed/removed/replaced. The output of Upgrade Simulator is a new System Configuration Model if no errors occur during the simulation, otherwise an Incoherences Report is produced. The new System Configuration Model is queried and analyzed by the Failure Detector component. When Failure Detector discovers inconsistencies they are collected in the Incoherences Report. The real upgrade is performed on the system only if the new system configuration model is coherent.

For more information please refer to the Papers section or have a look at the screencast showing EVOSS at work.

An article about EVOSS also appeared on August 2016 in the IEEE Software blog.